Cram downs are back – and I’m keeping a list.

At the turn of the century after the dotcom crash, startup valuations plummeted, burn rates were unsustainable, and startups were quickly running out of cash. Most existing investors (those still in business) hoarded their money and stopped doing follow-on rounds until the rubble had cleared.

They’re Back
While cram downs never went away, the flood of capital in the last decade meant that most companies could raise another round. But now with the economic conditions changing, that’s no longer true. Startups that can’t find product/market fit and/or generate sufficient revenue and/or lacked patient capital are scrambling for dollars – and the bottom feeders are happy to help.

Many VCs have no moral center in what they invest in or what they’ll do to maximize their returns. On one hand the same venture capital industry that gave us Apple, Intel, Tesla, and SpaceX, also thinks addicting teens is a viable business model (Juul) or destroying democracy (Facebook) is a great investment. And instead of society shunning them, we celebrate them and their returns. We let the VC narrative of “all VC investments are equally good” equal “all investments are equally good for society.”

Why would any founder agree to this?
No founder is prepared to watch their company crumble beneath them. There’s a growing sense of panic as you frantically work 100-hour weeks, knowing years of work are going to disappear unless you can find additional investment. You’re unable to sleep and trying not to fall into complete despair. Along comes an investor (often one of your existing ones) with a proposal to keep the company afloat and out of sheer desperation, you grab at it. You swallow hard when you hear the terms and realize it’s going to be a startup all over again. You rationalize that this is the only possible outcome, the only way to keep the company afloat.

But then there’s one more thing – to make it easier for you and a few key employees to swallow the cram down – they promise that you’ll get made whole again (by issuing you new stock) in the newly recapitalized company. Heck, all your prior investors, employees and advisors who trusted and bet on you get nothing, but you and a few key employees come out OK. All of a sudden the deal which seemed unpalatable is now sounding reasonable. You start rationalizing why this is good for everyone.

You just failed the ethical choice and forever ruined your reputation.

Stopping Cram Downs
In the 20th century terrorists took hostages from many countries except from the Soviet Union. Why? Western countries would negotiate frantically with the terrorists and offer concessions, money, prisoner exchanges, etc. Seeing their success hostage taking continued. The Soviet Union? Terrorists took Russians hostages once. The Soviets sent condolences to the hostage families and never negotiated. Terrorists realized it was futile and focused on western hostages.

VCs will stop playing this game when founders stop negotiating.

You Have a Choice
In the panic of finding money founders forget they have a choice. Walk away. Shut the company down and start another one. Stop rationalizing how bad a choice that is and convincing yourself that you’re doing the right thing. You’re not.

The odds are that after your new funding most of your employees will be left with little or nothing to show for their years of work. While a few cram downs have been turned around, (though I can’t think of any) given you haven’t found enough customers by now, the odds are you’re never going to be a successful enterprise. Your cram down investors will likely sell your technology for piece parts and/or use your company to benefit their other portfolio companies.

You think of the offer of cram down funding as a lifeline, but they’ve handed you a noose.

Time to Think
With investors pressuring you and money running out, it’s easy to get so wound-up thinking that this is the only and best way out. If there ever was a time to pause and take a deep breath, it’s now. Realize you need time to put the current crisis in context and to visualize other alternatives. Take a day off and imagine what’s currently unimaginable – what would life be like after the company ends? What else have you always wanted to do? What other ideas do you have? Is now the time to reconnect with your spouse/family/others to decompress and get some of your own life back?

In the long run, your employees, and the venture ecosystem would be better served if you used your experience and knowledge in a new venture and took another shot at the goal.

Winners leave the field with those they came with. 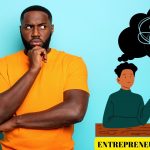 What Is and Isn’t Covered by Workers’ Comp?
X