Africa’s insurance market stands at a 3% penetration rate, per a McKinsey study in 2018 comparing six insurance regions on the continent. If the South African market is excluded, this number drops to a measly 1.12%.
Unlike other parts of the world, most African insurance providers neglect the importance of tailored and affordable insurance products to the average African consumer. Lami Technologies, a startup out of Kenya armed with $1.8 million in seed money, is looking to change that.
The round was led by Accion Venture Lab, a seed-stage investment firm that supports financial services targeted at underserved markets. Other VCs that participated include AAIC, Consonance, P1 Ventures, Acuity Ventures, The Continent Venture Partners and Future Africa.
Low insurance uptake in Africa is somewhat due to the traditional distribution of insurance policies. They customarily rely on brick-and-mortar channels to sell and process policies. This takes a long processing cycle and has poor customer satisfaction and higher distribution costs.
Sequentially, the ways premiums are paid is affected. From the McKinsey report in 2018, the total gross written premiums (GWP) in Eastern Africa was $3.3 billion. In comparison, South Africa did $48.3 billion worth of GWP that same year.
For this reason, CEO Jihan Abass founded the company in 2018 to democratize insurance products in Kenya.
“For us, the main problem we wanted to solve was that 97% of Africans don’t buy insurance. We were trying to understand the methodology behind that, especially in Kenya where there are over 50 insurance companies but the penetration level is 2.4%,” she told TechCrunch.
Kenyan insurtech startup Pula raises $6M Series A to derisk smallholder farmers across Africa

“The driving force for us was making insurance widely available. We felt that building the technological infrastructure to facilitate the distribution of insurance was the best way to increase the penetration level in Africa.”
But selling directly to consumers would be a meticulous process as they rarely buy insurance from trusted organizations, let alone a third-party company. So Lami adopted a B2B2C approach to leverage the trust already built by platforms that converse with customers daily and innovate around it.
Via an API, it allows businesses like banks, startups and organizations to offer digital insurance products to their users. The product can also be used by partner businesses to manage their own insurance needs.
Some customers like Stanbic Bank in Kenya use Lami’s API to run insurance operations; HR platform WorkPay makes insurance products available to the businesses using its platform. With over 20 insurance writers, the company is also launching an insurance marketplace on e-commerce platform Jumia.
Users can get a quote for motor, medical or other tailored insurance products through its API. They also can customize the benefits and adjust the premium to suit them, get their policy documents and access claims.
Typically, it takes about 90 days for claims to be processed for an average African insurer. Abass said Lami has reduced this to a week — it is one way the three-year-old company has developed trust with customers. 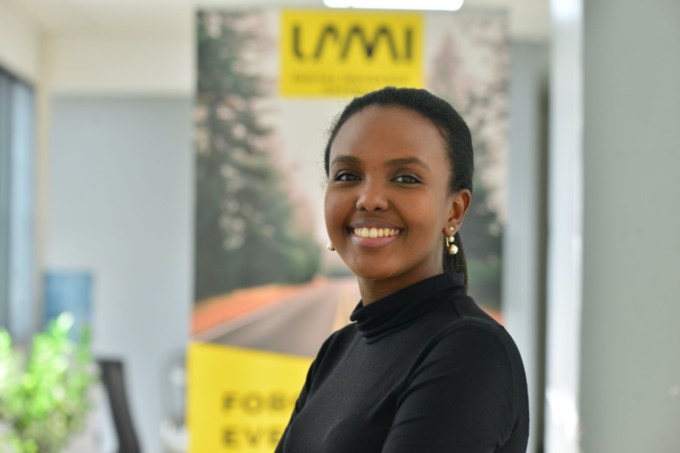 Jihan Abbas (Founder & CEO). Image Credits: Lami Technologies
Another challenge that Lami has been able to overcome is getting insurance companies onboard. According to the CEO, transitioning from a traditional way of offering insurance to digital distribution channels only worked because Lami began to show early the value of customer experience and journey which requires getting the right insurance to the right customer at the right time.
This is what makes Lami stand out, Abass continued. It co-designs products with its underwriting partners. And approaching design in this manner helps the businesses to offer unique insurance products to their underlying customer base.
She illustrates an offering with a bus-booking platform where passengers’ insurance points are calculated on a per-trip basis. It counts when they board the bus and stops when they alight. She believes an innovative process like this will take the continent’s insurance play to a more desirable place.
“I think there’s huge potential in the insurance industry. Despite the low penetration, the annual market is worth more than $60 billion a year. I think people are starting to open their eyes to insurance as opposed to other financial services.”
Since its inception, the insurtech startup has sold more than 5,000 policies. It has partnered with more than 25 active underwriters, including Britam, Pioneer and Madison Insurance. These underwriters help distribute more than 30 products from medical and employee benefits to motor and device insurance.
Rising African venture investment powers fintech, clean tech bets in 2020

Lami will use the seed investment to hire more people, improve its technology and grow its presence across Africa.
Accion Venture Lab is placing a bet on Lami’s embedded finance play. Here’s what its African director, Ashley Lewis said of the investment. “… By embedding customized insurance within businesses that customers know and trust, Lami is making insurance accessible for underserved populations in Africa and enabling them to build financial resilience.”
Lami’s investment also represents a spark in a Kenyan tech ecosystem where being both an indigenous and female founder is an incongruous mix. A study in 2019 showed that Kenya had the strongest presence of expat co-founders of any of the Big Four tech ecosystems. While the country has a better female co-founder representation than other countries (1 in 4), the percentage of those from Kenya is about 12%.
There are just a handful of female founders who have raised million-dollar rounds. Though Abass sits comfortably in this illustrious club, it took thick skins and confidence in her product to get in.
“The funding landscape in Kenya is generally biased toward male founders and in East Africa, especially to foreign founders. So it was a lot harder to get investors excited and onboard with us. For us, we’ve built something quite exciting, although it took some time. One key thing why we wanted to make this publicized is so other female founders can see that there’s an opportunity to do the same too,” she said.
Female-led startups dominate Catalyst Fund’s inclusive fintech 2021 cohort