MarketForce, a Kenyan B2B retail and financial services distribution startup, has expanded into five additional markets across Africa to grow RejaReja — its retailer “super app” that makes it possible for informal merchants to order and pay for inventory digitally, accept payments for utility bills and access financing for their businesses.
The startup has today announced entry of RejaReja, the B2B retail marketplace, into Ethiopia, Ghana, Tanzania, Rwanda and Uganda, after successful pilot programs, coming about two months after it grew beyond Kenya by launching in Nigeria.
MarketForce has partnered with Cellulant, a pan-African payments company that makes it possible for local and international merchants to accept “locally relevant and alternative” payment methods from their customers, to expand into these new markets.
“We are working with Cellulant to open the new markets, and the reason is they already have a presence in these markets and have partnerships with both banks and billers. This will ensure that we focus on acquiring new merchants,” MarketForce’s co-founder and CEO, Tesh Mbaabu told Techrunch.
Cellulant has partnerships with 46 mobile-money operators in Africa, 120 banks and serves 35 African countries with a physical presence in 18, according to the payments firm. RejaReja is set to tap Cellulant’s coverage to grow across the continent.
“We have been piloting this partnership for six months and are happy to announce the plan to extend the fruitful relationship we have built with MarketForce in Kenya …This collaboration will make our digital financial services available to millions of Africans, with the goal of significantly boosting financial inclusion and incomes for merchants across sub-Saharan Africa,” said Cellulant chief business officer, David Waithaka. 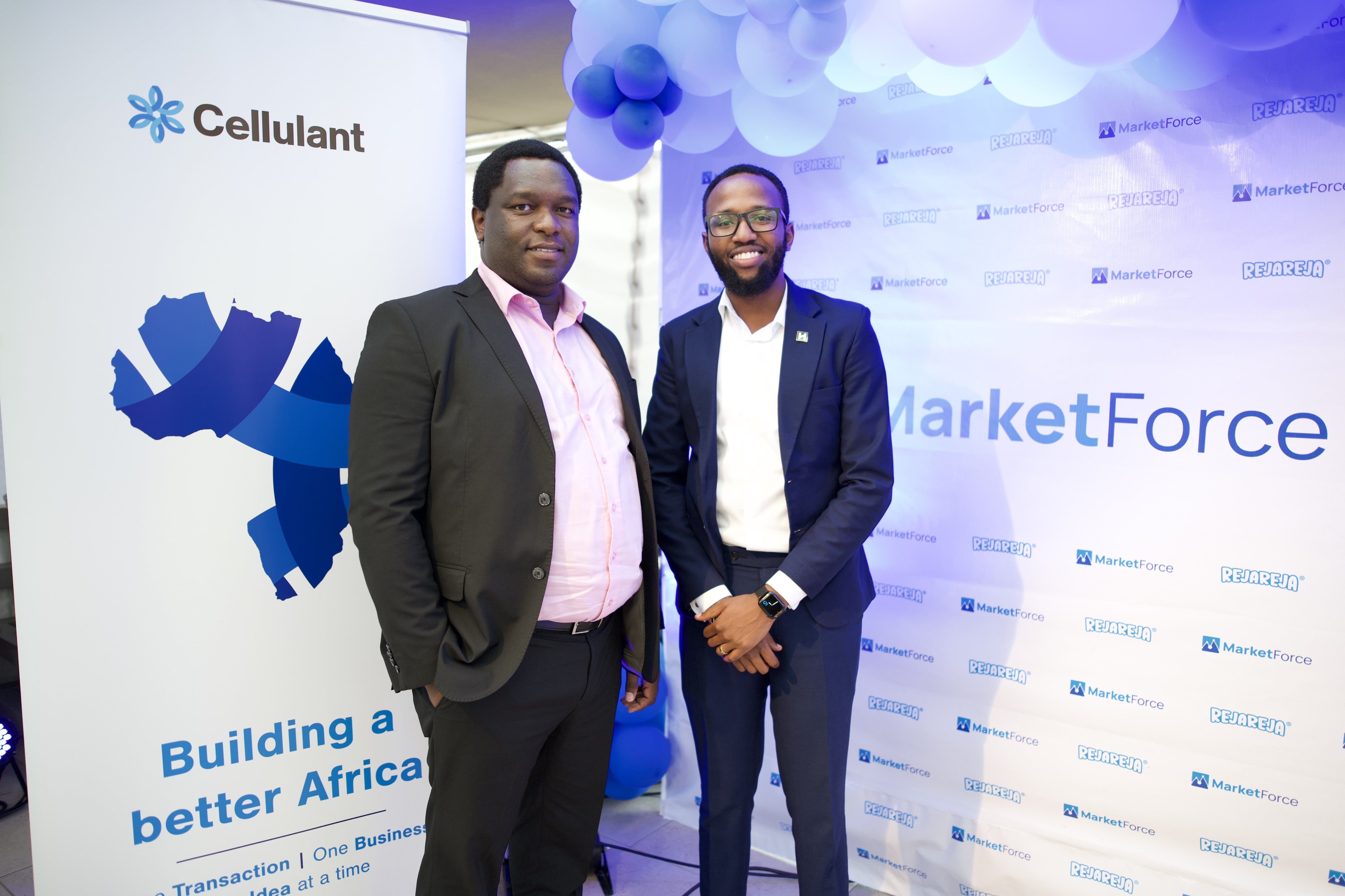 Cellulant chief business officer, David Waithaka and MarketForce co-founder and CEO Tesh Mbaabu. Image Credits: MarketForce
Mbaabu said that they aim to grow their RejaReja merchants tenfold to 1 million by the end of next year. RejaReja has experienced a rapid growth since its launch in December 2020 with over 87,000 orders made through the platform to date at an average basket value of $151. It is expected to record $60 million in annualized transaction volume by the end of this month.
“In November we hit 100,000 merchants in Kenya and Nigeria and this number is growing quite rapidly. Currently, we are growing 40% month on month. This shows how strong our service is,” said Mbaabu.
“The growth is because the merchants are seeing the value; it is a vote of confidence in our platform by the merchants. And a lot of them are using technology for their businesses for the first time,” said Mbaabu, who co-founded MarketForce with Mesongo Sibut in 2018 as a SaaS product for the formal markets. The service’s active users include Unilever, Pepsi, Safaricom and Coca-Cola. MarketForce recently raised $2 million in seed funding.
The startup’s plan for RejaReja is to have a presence in every market across sub-Saharan Africa in the near future by building an all-inclusive platform for the informal merchants, who sell a huge chunk of the fast-moving consumer goods (FMCGs) in Africa. In sub-Saharan Africa about 80% of household retail is delivered through informal retailers but these shops are faced with a number of challenges like stockouts, earnings instability and financing that make it hard for their businesses to grow.
MarketForce, through RejaReja, is providing solutions to these challenges by ensuring next-day delivery of goods, and using their data to develop the credit profiles needed to secure loans. The startup has partnered with Pezesha — a digital financial marketplace platform — to extend loans to its merchants.
Mbaabu said, “we see RejaReja being the largest retail distribution network in sub-Saharan Africa.”
“The goal is to empower all these merchants to grow their incomes and profits in a digital age, to access inventory, to act as special agents for various financial services and to make extra income as a result. We are able to extend working capital loans too.”