MarketForce, the retail B2B and end-to-end distribution platform founded in Kenya, has raised $40 million in Series A funding for its merchant inventory financing and expansion across Africa.
MarketForce, which was launched in Uganda, Tanzania and Rwanda last year after growing beyond Kenya and Nigeria, plans to introduce buy now, pay later (BNPL) options to help merchants access fast moving consumer goods (FMCGs) on credit. It also plans to enter additional markets in East and West Africa.
Through its merchant super app RejaReja, informal traders can source goods (hundreds of SKUs) directly from manufacturers and distributors, make and pay for orders digitally, accept payments for utility bills and access loans for their businesses. The RejaReja retail marketplace was launched in 2020 as a brainchild of MarketForce, a SaaS product for the formal markets, founded by Tesh Mbaabu and Mesongo Sibuti in 2018.
“Our mission is to enable SMEs to grow, and what we’ve realized over time is that offering them loans is great, but that we need to empower them to access goods. And that’s why we’ve introduced this merchant inventory financing, which is like an overdraft facility, where they’re able to order goods and pay later after selling them. We started a pilot and it is going well,” MarketForce CEO and co-founder Mbaabu told TechCrunch.
During the pilot, Mbaabu said that order stock value tripled, underlining the demand for such tailored inventory financing options for traders who sell a huge chunk of all the FMCGs sold across sub-Saharan Africa.
“We’re very deliberate about extending working capital and that’s why we raised some debt and also because we are looking at that fintech angle as our big frontier for the next phase of our business,” said Mbaabu.
This latest round (equal amount of debt and equity) brings the total funds raised by MarketForce to date to $42.5 million. It also comes seven months after the startup raised $2 million in a pre-Series A round.
The latest round was led by V8 Capital Partners, a London and Lagos-based African-focused investment vehicle with participation from Ten13 VC, SOSV Select Fund, VU Venture Partners, Vastly Valuable Ventures and Uncovered Fund. Existing investors that took part in the round include Reflect Ventures, Greenhouse Capital, Century Oak Capital and Remapped Ventures. Cellulant co-founder Ken Njoroge, who joins the MarketForce board as chairman, also took part in the round.
“MarketForce demonstrates what we see as a triple threat with regards to returns. A strong executive team with an amazing track record, an expansive untapped market of informal retailers across the continent and a business model that scales extremely quickly,” said V8 Capital general partner and member of the MarketForce board, Tobi Oke. 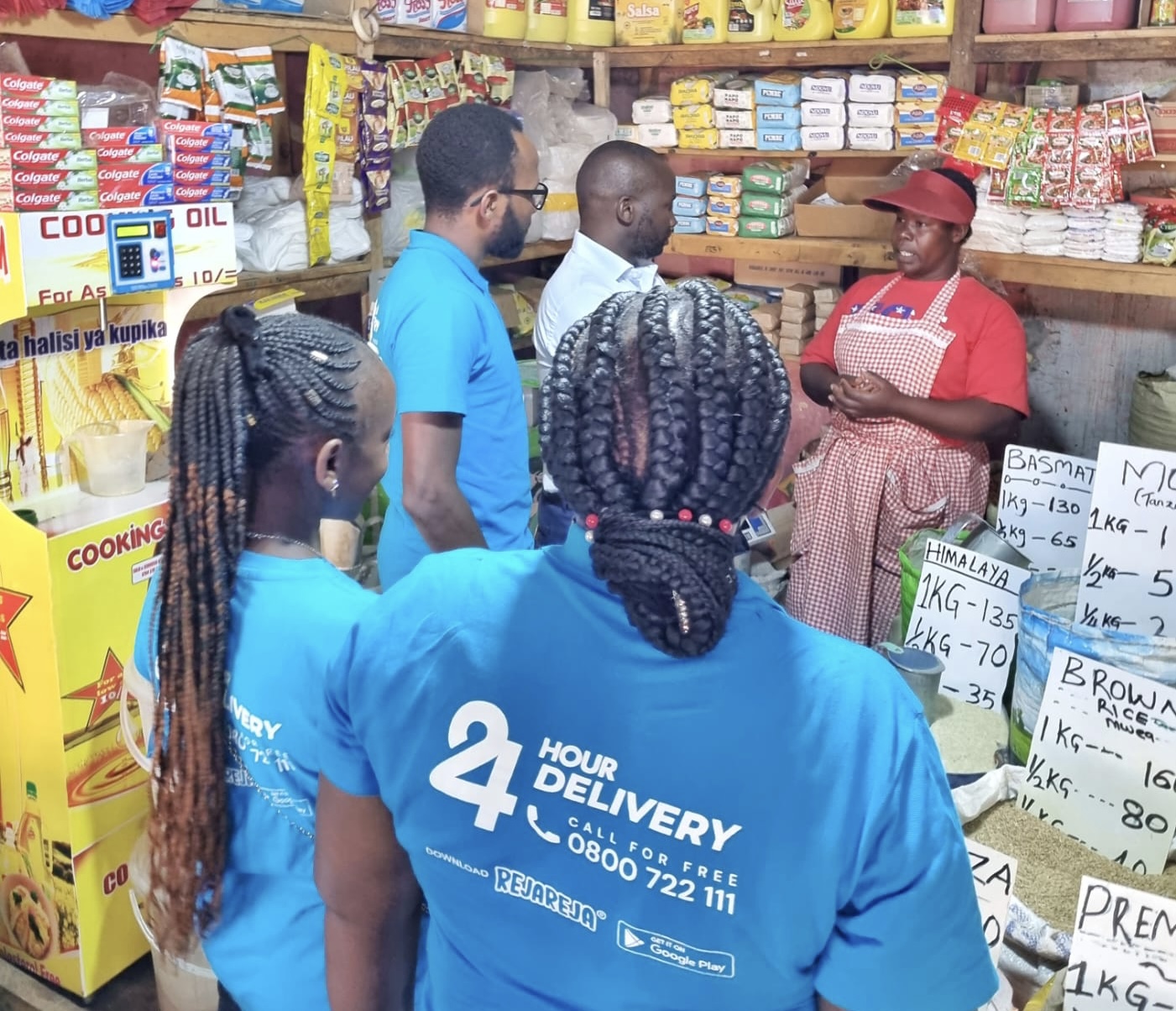 About 80% of household retail in sub-Saharan Africa is delivered through informal retailers. Image Credits: MarketForce

About 80% of household retail in sub-Saharan Africa is delivered through informal retailers. Image Credits: MarketForce
MarketForce also plans to double its team to 800 and grow the number of merchants using the RejaReja app by 2.5 times to 250,000 over the next few months, an increase from 5,000 they served a year ago. A growth in merchant number and RejaReja’s expansion also means new markets for FMCG brands.
RejaReja is an asset-light model, meaning that it doesn’t own capital assets like warehouses and delivery trucks, as most of them are provided by its partners (which include manufacturers and distributors). Its nature of business allows it to grow fast.
“We grew to tier two cities in markets that we are in. This has also opened up distribution opportunities for brands that were not previously able to access these markets,” said Mbaabu.
During an interview in December last year, Mbaabu told TechCrunch that RejaReja expects its merchants to grow to 1 million by the end of this year as it works toward digitizing the estimated 100 million small traders across sub-Saharan Africa.
He also said that since launch, RejaReja had grown exponentially with more than 87,000 orders made through the platform at an average basket value of $151. With a 40% month-on-month growth, it expected to record over $60 million in annualized transaction volumes at the end of last year. Other players streamlining the informal B2B supply chain in Africa include TradeDepot and Sokowatch.
About 80% of household retail in sub-Saharan Africa is delivered through informal retailers, but these shops are faced with a number of challenges like stockouts, earnings instability and lack of financing, factors that make it hard for their businesses to grow.
MarketForce, through RejaReja, solves this by providing a marketplace where informal traders can source goods directly, which also keeps the prices of products competitive by removing the need for agents, and ensures the next-day delivery of goods. It also uses the traders’ transaction history to develop the credit profiles needed to secure loans. The startup has a partnership with Pezesha — a digital financial marketplace platform — to extend loans to its merchants.
MarketForce plans more partnerships to bring on board other services for merchants, like insurance, savings and investment.
“The goal of RejaReja is to be the super app of the informal market. We’d like the merchants to have one access point for all the different financial and digital services they need to grow in the digital age,” said Mbaabu.

Tech in 2022: Building on the unicorn boom – African Business